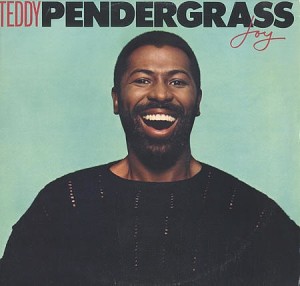 While i usually try to keep this blog/website pretty positive and upbeat, i couldn’t help but write something in memory of Teddy Pendergrass who died tonight/last night at the age of 59. For those who dont know, Teddy Pendergrass was a serious, serious, soul singer. He had one of those rare voices that could go from real smooth to real grizzly in a heartbeat, but right when you needed it to be.

When i heard he died tonight I was at the bar and his song “turn off the lights” immediately popped into my head. I will always have great memories of him and this song. I remember buying the tape that “turn off the lights” was on just to get that one song. Hell, i cant remember any other songs on the record, but “turn off the lights” was like 6-8 minutes long and made the purchase well worth it by itself. The wildest part about this song is that it wasn’t even a song i grew up on. My parents actually got busy to it. I just remember it being on around the house sometimes, and when i went thru my exploratory phase of R&B that song just took me there.

At any rate, I will admit that Teddy Pendergrass may be the first (of many) R&B singers that I actually stole lyrics from and used them on a girl:

“Let’s take a shower. A shower together.” “I’ll wash your body, and you’ll wash mine”

I was a young, impressionable youth when i first heard it, but I’ll be damned if i didnt try this shit unsuccessfully until i was in my mid 20’s. And every time i pulled it off i thought about this song and Teddy Pendergrass. Thanks Teddy.

He was a fucking player, and you could hear it in the lyrics he sung.

Even when rumors circulated about him being gay i wouldn’t hear any of it. In my mind, there as no way in hell somebody who wasnt absolutely in love with the entire essence of a woman could write and sing what he did. No way. And even now, i have a hard time believing that rumors because he sounds so damn sincere and “manly”, for lack of a better word.

But at any rate, Teddy Pendergrass has passed, but he has left behind some great music. If you’re not into R&B then dont sweat it, this shit right here is grown folk music. The kinda shit our parents made babies too…the kinda shit we put on cassette and put on when our girlfriends came over, just hoping we would get a kiss out of it.

So here’s my favorite song of his “Turn Off The Lights”:

And my second favorite Teddy Pendergrass song “Come and go with me”.  The best part about Come and Go With Me, is that Teddy is basically talking about meeting a chick out and trying to get her to come back to his place, even though she already knows what it is.  She’s knows what he wants and he knows she knows yet he still goes for the gusto.  He hits her with all the regular shit like ‘girl there’s no pressure” and “its just a drink”, and “girl you look bored”, “my car is right outside”, to “i can understand if you say no”.  All the shit that dudes definitely say to chicks to get them back to their place.  In fact, this song is pretty much a conversation that every man has had at some point in his life trying to get that girl you’re crazy about to go home with you.  And not to be taken as just a sappy song with him singing, they even let the girl talk at the end to hit the point home.  I fucking love this song and i’m seriously considering making this my #1 Teddy Pendergrass song.

And of course at the end of the song he finally convinces her to come back to his spot.

Rest In Peace Teddy Pendergrass. A true soul singer, and a real player.  Your music will be remembered forever.