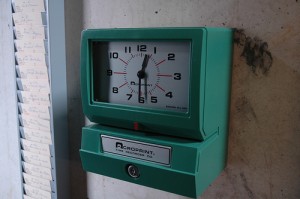 I had a conversation with a friend about the difference between professionals and amateurs the other day, and was inspired to write about this.

In every persons’ life there is a point where on their path to be whats considered a professional, they’re considered an amateur.  Whether that be by their own definition or by those around them.  They work hard at their craft and feel like they just haven’t made it yet. Maybe because people aren’t taking them seriously yet, or because they haven’t made any money from their craft yet, or maybe they aren’t getting the opportunities that others around them (i.e. professionals) are getting.

Nothing wrong with that I guess.

But I tend to look at the difference between what separates an amateur from a professional as something completely different.

To me, being a professional is about your level of commitment to your craft.  True professionals are committed to the highest degree, almost to an unshakable extent.  Firemen run into buildings without blinking an eye–not because they aren’t afraid, or because they have a natural aptitude for running into dangerous situations–but because they’re professionals.  It’s what they do.  Its what they dream about at night, and nothing brings them more joy.

For a firefighter, there is no turning back.  There is out, no escape, no time-out.  They are committed to that task to the highest degree and to being the absolute best at their job (and by job please understand that I mean what you’re here to do, not necessarily what you get paid to do).

Conversely, if a normal person was at the scene of a fire and faced with the option of going inside to look for people or staying out, most of us wouldn’t go.  We aren’t professionals in that field, and thus aren’t committed. It’s not even about whether we are cowards or heroes–that’s just not who we are, and there’s nothing wrong with that.  We can go home and sleep comfortably without the guilt of knowing we failed to do something that we are considered to be a professional at.  We haven’t betrayed ourselves.

Do a good percentage of us have what it takes physically to be firemen? Yes, we do.

Do a good percentage of us have the mental aptitude to be a fireman? Yes, we do.

But it’s not about the physical ability or aptitude.  Which brings me to my point.

Being a professional isn’t about the skill you have, it’s about how committed you are to your craft.

Sometimes people say things like “Print you’re such a talented artist, it’s no wonder that you’ve been able to make a living doing it.”  I don’t think this is the right way to look at it.  Yes, I’m talented.  But the reason I’m a professional is because I am commited to that.  When I go to sleep at night I think about making music.  I dream about my career.  I am consumed with music like a parent is consumed with their newborn child.  At that point it’s not about being talented anymore.

See, a lot of people make the mistake of thinking that being a professional is about personal aptitude, and while in some jobs that may be the case (yeah you gotta be in good shape to be a long distance runner), the truth is that many people exist at the same level of skill, yet only a small percentage of those people are considered to be professionals in that field.

Why? Because the rest of the people who are just as talented, are scared as fuck.

See, it’s easy being a pussy, not committing to anything, not devoting your life to anything that you love and have the aptitude to do at a high level.  But its hard as fuck to dedicate everything in your life to something.  That shit’s not for everybody.  And it doesn’t make somebody a bad person just because they’re unable to commit to that level.  It just makes them an amateur.

I guess what I’m trying to say is that to me, if you are committed 110% to what you do–then you are a professional.  If you tell me that you love something and you’re committed to doing it, then I’m the kinda guy that believes in you.  It’s not about whether you get paid to do it, or even whether you think you’re skilled enough to be considered a professional.  If you do it at a certain level; operate from the “no turning back” realm, then you’re a professional to me. If you operate from the if-this-gets-too-tough-then-I’m-out realm, then you’re an amateur.

Professionals cannot be shaken.  A doctor can get in a fight with his wife, his kid can catch a DUI, and he can get in a car accident on the way to work, and still go to work and save somebody’s life.  Not because he’s a heartless bastard that feels no emotion, but because he’s a professional.  When you’re a professional that kinda stuff doesn’t even matter to you.  Could you imagine a doctor telling the family of somebody they just operated on that they had a bad day in there because of some shit they had going on at home and now their loved one is dead?  Or that they’re not up to do the operation because they’re just not feelin’ it today?  Professionals don’t roll like that.  They do it because it’s who they are, not because they feel like it.

However, an amateur will see any obstacle as an opportunity to escape something that they really weren’t that committed to in the first place.  That doctor is going to work because his calling is saving lives.  That’s it.  Nothing means more to him than saving lives , so anything short of that is unacceptable.  His day is not defined by the number of hours he spends at work or how much he gets paid–it’s defined by the number of people he has helped by the time he leaves, whenever that is, which he would probably describe as “when the job is done”.

See where I’m going with this?

Well, let me bring it on home.  Sometimes the distance between your amateur career and your professional career is much shorter than you think it is.  Maybe in your mind you’re not a professional for a lot of small reasons that really don’t mean anything, or at least as much as the fact that you aren’t committed to being a professional yet.  Because that’s all that matters really.