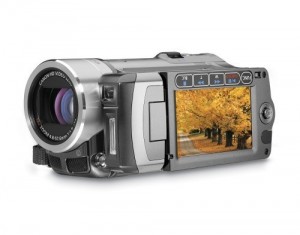 There’s a scene from the movie Clockers that always stuck with me.  It’s when the main character Strike tells the little kid Tyrone that “everybody needs a hobby”, then reveal his expert knowledge of trains and an elaborate train-set that he keeps hidden away in an apartment that none of the thugs he sells drugs with know about.

I never really thought about it much until I was trying to stop drinking and realize that like Tyrone I didn’t have any hobby.  Kinda hard to stop drinking when you don’t have shit else to do with your time, you know? Music was my hobby until it became my job, and since then I never found anything to replace it with.  So six months ago I started reading anything I could get my hands on.  While I didn’t have any specific topic in mind, my hope was that something would jump out to me and peak my interest, and from there I would dig deeper into the subject.  I settled on video and documentaries.

Since then I’ve been reading away, just following this interest, working on smaller video projects as I learn more and more.   I’ve read everything from books on lighting, short films, digital films, documentary, color correction, and everything in between.  Part of learning about something usually means admitting that you don’t know shit, and I fully admit that I don’t know shit, but I do have a passion and genuine interest in it.  Another part of learning something means actually doing it, not just sitting around talking shit.

Well as a result of my curiosity and my friends faith in my potential, I’ve been recruited to direct a couple music videos for my friends.  The first one will be for Weightless Recordings producer Latimore Platz.  We started planning it out a couple months back and it’s finally at the point to where we should be able to shoot it.

My experience in music video production is primarily as an artist; I’ve been a part of 3-4 of them, participating at various levels of responsibility along the way.  The first two I was in were just cameos: “The Only Constant” by Illogic and “Say Hey There” by Atmosphere.  The Illogic video was pretty much done by the time my part was added to it, and in the Atmosphere video I actually played the role of a burnt-out businessman that decides to take a shower with his suit on (some of yall may have noticed me in there lookin’ crazy!). While my friends were busy shooting music videos, I was content with being in the studio making beats, unseen.  I barely had any desire to put a real picture of myself on my album covers let alone shoot any music videos for myself.  Don’t ask why, it was just my thing back then I guess.  Funny how things change.

But in the past two years since I’ve been finishing up Adventures in Counter-Culture, I’ve been working with directors and shooting more videos.  In the first one I just kinda showed up and rapped (kinda like all rappers do), but since then I’ve been a lot more hands-on and involved in the entire process, especially in developing the initial concept and direction. There’s a lot to learn, but it makes you understand the process and appreciate the creativity that goes into a good music video even more.   I’m pretty sure the main reason so many major label videos lack storyline and depend on visual effects or recycled shots (i.e. the club, girls dancing, etc.) is because the artists themselves don’t take the time to develop their ideas, whereas an independent artist is likely to be more hands on with every part of their career, and more likely to come up with a cool concept for a video other than “i wanna be in the club, with some bottles of wine, and chicks dancin.”  It seems kind of silly to throw tens of thousands of dollars behind something that’s not well thought out, but the music industry has been getting away with it for years I guess.

But I digress, the point I was trying to make is that 1) I’m going to try my hand at shooting a music video (or two), 2) that we’ve got a cool concept, and 3) that we’re going to shoot the first one this weekend.  I have a Sony Vixia HF-100 camera that I borrowed from my dude, a cool storyline & shotlist, and I’m ready to get busy.  I realize that it may come out wack, but if I never made a wack beat I probably wouldn’t be here today, so I’m cool with that part of it.  Part of the process I guess.