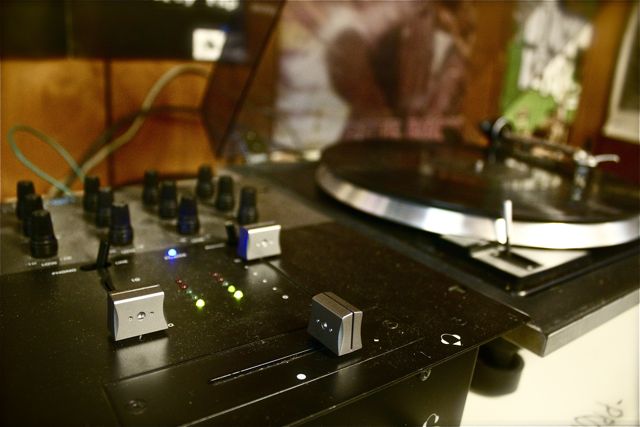 It would be an understatement to say I’ve been digging for samples for a long time.  I got my first crate in 1995, before I even had a way to make beats.  I didn’t know exactly what to do with the records, but everything I had heard about making beats told me I needed good records to make them. So without putting much thought into it, I got some records and I started my mission as a crate digger.

Over the next ten years, I went from one crate to six or seven crates; from six or seven crates to about twenty crates; and now I have a room full of records that I estimate to be about three to four thousand.  While I have personally invested a good amount of money into records, about 25%-40% of my vinyl collection was actually given to me by friends and family who didn’t listen to it anymore and just wanted it gone.  Their loss was my gain.  Oddly enough, I don’t really get off on having a lot of records, I view it more as a consequence of my style of production; when sampling is the backbone of your style of production, you have to have as much source material as possible.

I say that to say this: I’ve been listening to records and making beats out of records for a long time.  So long that most of it has become second nature to me.  I rarely notice the mechanics of it until I describe the process and somebody asks me a question about it. This was the case when I wrote my first book The Making of Adventures in Counter Culture and mentioned how I would routinely listen to records for 3-4 hours a day.  I didn’t think anything of it until another producer said they were amazed by how long I spent listening and that maybe that’s why they weren’t getting the results they were looking for.

That conversation made me realize it’s tough for a beginning producer to know how much time they should spend listening to records for samples.  I want to address that topic in this post.

For all the people who make sample-based beats, the first thing you have to know is that when everybody is operating at the same level of technicality, the only thing that separates one producer from the next producer is source material. Vinyl. Samples. Crates.  Basically, if you know how to chop and arrange samples as well as everybody else making beats, then the only real difference is not how you sample it, but what you sample.

But understand, I’m not necessarily talking about having the “best” records.  That’s a subjective thing that we could argue about all day.  What I’m referring to is the fact that having access to a wide array of source material is the only way to guarantee you will have a style that is unique.  The more records you have access to, the more variation your beats will have, and the more opportunities you will have to sculpt your own distinctive production style.

The catch is that listening to records–whether online, on a hard drive, or on a record player–takes a lot of time and commitment. There are cats with amazing record collections who make terrible beats and there are cats with small collections that make amazing beats.  How does this happen?  Obviously taste and ear is a factor, but it usually happens because one guy has the patience to listen and the other guy doesn’t.  Having a dope record doesn’t mean shit if you’re not going to take the time to listen to it thoroughly. Having a collection of fifty thousand records doesn’t mean shit if you’ve got two jobs and don’t have the time to listen to them.

Patience, my friends, is what separates the men from the boys when it comes to sample-based production.  Unless, of course, you’ve got enough dough to pay somebody to listen to records for you and send you the samples–which a lot of really rich producers actually do.  But if you’re reading this you’re probably not in that category.  So you need patience. 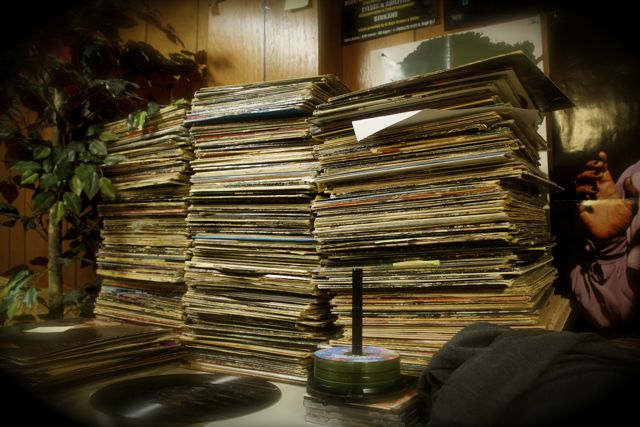 PART ONE: HOW OFTEN SHOULD YOU LISTEN?

Some guys listen to a record a day. Other guys might get everything they need by putting in 4-8 hours on a weekend.  There are guys that go record shopping on Saturdays mornings and spend the rest of the day listening to all the albums bought. Some guys have no real routine and still listen to ten or twenty albums week. There is no set formula or rule for how often you need to listen.  What’s important is that you make the commitment to having the proper time and space to listen.

When I’m making sample-based beats, I usually make Sundays my listening days.  I pull 20-30 records from the basement and try to listen to as many albums as possible. Sometimes I can speed through those albums in a few hours. Other times it can take a whole day to finish. This is just my personal routine; every person’s routine will be different.

Just know that you must put the time in.

Action Step: Look at your daily schedule and identify one-hour every day that you could dedicate towards listening to vinyl. Once you have identified it, write it on your calendar/planner and try it for a month to see how it feels and how it effects your output.

PART TWO: WHY YOU SHOULD LISTEN TO RECORDS

Plain and simple: you can’t be good at making sample-based beats if you don’t dedicate significant time to listen to records.  It’s no different than how a drummer can’t be a great drummer without playing the drums a lot. There are really no shortcuts to this.  Whether it’s an hour a day, five hours a week, or four hours on saturdays–you have to be committed.  And you better believe there’s another producer out there putting time into listening when you aren’t.  That producer is committed.  That producer knows that a lot of guys will buy the records but won’t really go the extra mile with them.

Furthermore, listening to older music – whether you are sampling it or not – increases your musical palette.  It opens your mind to the range of musical possibility out there. As you listen you will learn; as you learn you will become inspired; and as you become inspired you will want to create.  Listening is foundation.  Hip-hop was started by DJs who were basically doing mash-ups before they were called mash-ups; taking music from different genres and blending it together flawlessly.  Had Afrika Bambaata not been an avid fan and listener of all forms of music, hip-hop probably wouldn’t exist.

Always remain a student and a fan of music. Being a snob will get you nowhere.

Action Step: Ask yourself how committed you are of becoming a better fan of music in general.  If you feel you could be more committed to studying and learning about music, then use your vinyl collection to increase your knowledge and appreciation of music.

PART THREE: HOW YOU SHOULD LISTEN TO RECORDS

Avoid Ear Fatigue
The biggest issue with listening to music for a long time is that it will leave your ears fatigued if it’s the only thing you’re doing.  Once your ears are fatigued you’ll miss some great samples because you’re not paying attention anymore.  What I like to do to avoid this problem is combine listening to records with another complimentary activity. Here are a few examples:

These are just a few examples, but you get the picture. When you listen to vinyl while you’re doing complimentary activities, you wont suffer ear fatigue as often.  You will notice the music in the background, but you won’t be exclusively focused on it. That prevents it from wearing on your ears over time.  This will allow you to actually be productive around the house while you’re listening to vinyl.

Be Ready To Record
The worst thing you can do is listen to a bunch of records and then tell yourself that you’ll come back later to record the samples.  Trust me, don’t do it. I’ve done it before and always regretted it.  Be prepared to record your samples in while you’re listening, or be prepared to write notes that explain what you heard so you know exactly where to revisit later.  Otherwise, you’re wasting your time.  Having to listen to a record twice because you forgot what was on it the first time around means you’re spending twice as much time doing something unnecessarily.

Never listen to records if you can’t record the samples when you hear them.

Action Steps: Make sure all your record players have an output cable that allows them to be connected to where you’ll be recording your samples (laptop, sampler, etc).  Invest in a long cable if you have to.

So, how long does it take to find good samples? That would depend on how committed you are to the craft.  I believe that any producer that’s willing to set a schedule and spend dedicated time towards it every week will be greatly rewarded. Your knowledge of records will increase as you listen more, which will help you become better at not only selecting the right records, but finding the samples on them once you get them home. There are a lot of shortcuts in the world, but not many when it comes to this.

I could probably write another two pages on this topic, but I will stop here because I don’t want it to get too long.  I hope this post has proven helpful in shedding some light in how committed you need to be to listening if you’re making sample-based beats. It’s a long and sometimes tedious process, but the rewards are great if you have the patience and commitment to stick to it.