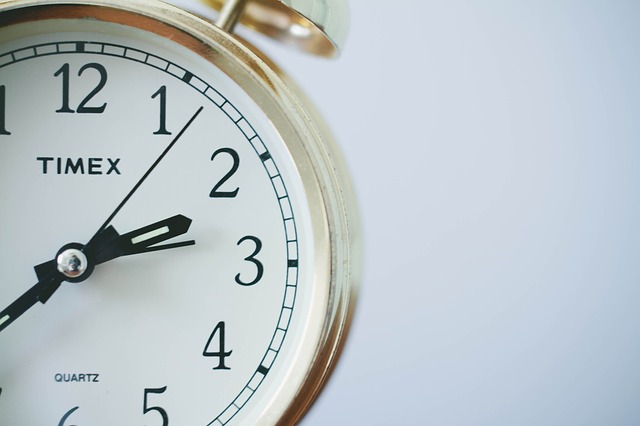 People often ask me how I get so much done.

From music, to books, to podcasts it’s clear that I do a lot, but my work habits are very different than what people assume them to be.

Many successful people like to give the impression that they don’t sleep. They tell you how they grind from the moment they wake up until the moment they go to sleep. And that they only sleep for a few hours a night when their bodies basically shut down on them. I’ve never quite been like that. I love a good night’s sleep. In fact, nothing feels better than a clean eight hours of sleep to me. The version of me that operates off eight hours of sleep is completely different than the “on-my-grind” version of me that only gets four to six hours. I do believe in staying up as long as necessary to get the job done, especially when deadlines are concerned, but I’m not going to risk my physical health just to do it.

I’m also not a subscriber to the belief that you have to work twelve to fifteen hours a day just to get things done or get ahead. I’ve had periods in the past where I certainly did put in those kinds of hours and I’m sure I will have some in the future where I do it. However, I don’t think it’s a prerequisite for success or a good long-term strategy. I’ve seen many people work those kinds of hours. By the end of the year (or ten years) they did it, they all said they had sacrificed their mental and physical health to an extent that they weren’t comfortable with. Some had gained a bunch of weight and had health problems, some had money but no time or energy to enjoy it, and some had harmed their relationships with their family and friends.

Now, I’m not writing this to say that putting in extra hours and working hard on your craft is the road to failure. It isn’t. In a world where everybody is given the same 24 hours, the easiest advantage a person can get over their competition is to put in more work than everybody else. That is a fact. But the older I get the more I realize that myself and other people I know have practiced something quite different by focusing on productivity and not time.

When I think about the average work day for me now, it looks nothing like an eight hour work day that people are used to. To tell the truth, it looks completely the opposite. Instead of sitting in one place and doing one thing for eight hours straight, hoping to stay focused the entire time, I do something different. I attempt to work in really intense spurts of 30 minutes to an hour at a time. A productive time period for me is thirty minutes to an hour of intense focus on one task or problem. I’ve seen that working for 30-minutes to an hour with strong focus is better than me sitting in the same spot for hours straight trying to get things done. If, over the course of a day, I can get 3-4 periods of intense, deep focused work done, then my productivity gets to be really high.

When I was working in Information Systems a work day was defined more by how long you were at work than how much work you actually got done. This approach tended to make people less productive because it incentivized staying longer more than getting things done. You end up with people who know that as long as everybody sees them putting in hours then they will be perceived as being productive, even when they could be less productive than the person who works less hours and focuses on productivity. You would routinely see people getting promoted who put in a lot of hours, even when they didn’t have much to show for it. The appearance of dedication was a very attractive trait that made them stand out among their peers.  But, as we all know, looking productive and being productive are two different things.

There are times when I’m right at the beginning or approaching the ending of a project where I will strive to put in longer hours than usual. But this isn’t because I believe that working on something for eight hours straight is the best way to be productive; it’s because I believe that I will be able to pull off more spurts of intense focus within that eight hours. But even then, there’s a healthy amount of breaks and downtime within that eight hours to make sure my mind isn’t saturated and bored with the subject at hand.

Even if I look at the average blog that I may write. It takes me longer to clear my head and set the stage for writing than it does to actually write. I may sit, trying to quiet my mind and gather myself for an hour, but a thousand-word blog only takes me fifteen to twenty minutes to write.

I say all that to say this, don’t be fooled by people who tell you that sacrificing time is the only way to get things done. Focus on productivity, not time. Focusing on time sends you down the path of more hours, diminished mental and physical health, and failed relationships–with no guarantee that what you set out to do will get accomplished. Focusing on productivity, on the other hand, ensures that you are always evaluating how you work and how much work is getting done, not just the time you put into working.