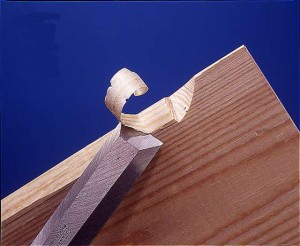 In the spring of 2010, while I was on tour with Killah Priest, I had the idea to write a book about the making of Adventures in Counter-Culture.  I started jotting down thoughts and memories, emptying my head of everything that I could recollect about the process and everything that went into the creation of the album.  I wasn’t sure if I would ever finish it, but It was a cool activity to keep me busy during the long drives.

The album itself wouldn’t come out for a year, so my initial idea was to finish the book before the album was done so it would be available on the album’s release date.  Unfortunately, that didn’t happen.  I was able to write up about three or four pages of notes but that was it.  Sadly, the initial idea for The Making of Adventures in Counter-Culture book was filed away along with all the other ideas that I used to talk about but never finished.   I had a bucket list just like everybody else, which included items like sky diving, write a book, and make a movie, but during the two year period that I was drinking heavily nothing really seemed to get checked off of it.

Things started to change shortly after that 2010 tour with Killah Priest.  I stopped drinking a month after I got home and started to gain a greater optimism about my future and life in general.  I started reading more, spending more time with my art than ever, and slowly but surely, things started getting done.

I’ve been a big fan of hip-hop videos since I was a little kid watching Yo MTV Raps and Rap City.  In fact, I still have a bunch of VCR tapes from when I would record my favorites music videos just so I could watch them anytime I wanted to.  I had always been interested in video production, but never had the balls to try it.  My degree was in computer science and I was too scared to switch to something I had more passion for so soon after college.  Deep inside I felt like doing so would have invalidated the years I had already spent in college.  I didn’t want to feel like I had wasted my time so I pressed on trying to make the degree I had work, without much success.  Eventually, the clarity that came along with sobriety allowed me to start reading about what I had a passion about for so long. I started dabbling in it, applying the lessons that I learned.  My hope was to learn enough to do something that was as solid enough that I could make my friends who were really good at video feel proud about all the stuff I’ve learned from them.  Plus, video production gave me a great outlet that wasn’t directly tied to my music career.  For the first time since I had been a full-time artists I had a real hobby.

I set small goals but eventually wanted to direct a music video for myself that was good enough to stand next to the stuff that I considered dope. As my work on smaller video projects got better, I gained more confidence and eventually gave it a try shooting the music video for “Go Hard or Go Home.“

That video made its debut this week, and has gotten some amazing feedback and almost ten thousand views in it’s first day.  I didn’t win an oscar or anything, but I feel really proud.  It’s one of those moments where you can actually look back and see that the hard work you put in really matters.  When all the little intangible things that you have been committed to for so long come together and form something real that you can be proud of.  Today is that moment for me.  I feel like all the shit that I told myself to push through the moments of self-doubt were right.

It goes even further.

About two years ago, I told myself that I was going to try to become a better writer.  The first step was to start writing more on my blog.  I made a commitment to use my blog as an outlet for things that I care about and as an forum to improve my craft.  I figured that if I ever got good enough at writing on my blog then I could one day revisit the idea I had to write the book about Adventures in Counter-Culture.  It has been a very humbling process, to say the least.  I’ve written some things that I’ve been extremely proud of and some things that I wish I could do over again.  But no matter how I felt about the people’s response or my execution, the act of writing made me a better and more confident writer.

I used to think that writing was more about the art of saying things as eloquently as possible, so it’s no surprise that I was always hesitant about entering the field.  However, when I started getting into the process of writing I soon found out that writing isn’t about saying things as beautifully as possible, it’s about telling your story as honestly as possible.  Some people are able to tell their story using language that is more eloquent that others, but the writers who really stand out are the ones that are the best at being themselves and capturing something that is profoundly human, thus relatable.

That realization, along with the regular writing I did on my blog, gave me the confidence to pick back up the book idea that I had all but abandoned two years ago.  My biggest problem was that I initially thought I should write the book to tie into the release of some music, or a tour.  That was a big mistake.  I realized that I needed to write the book because I needed to write the book, not because I had a tour coming up.  Writers write because they love to write, not because they see an opportunity to capitalize off their art. You’ve gotta do it for the right reasons.

So last fall I started working on the book again, and by the time we got to Europe in November i was in full-swing.  I started a routine where I would read & write in my bunk for the first few hours of the day and after each show.  When I got back home in December I continued to push, writing almost every night, seeing if i could finish the book.  There was a point where I got past the point of feeling like I had to write to finish the book and got to a point where I enjoyed writing just to write.  Previously, that was a feeling I had only experienced with writing rhymes.

In four short months, I had completely writing my first book.  It wasn’t easy.  For the past two months I have not went to bed prior to 5 o’clock in the morning, and have been putting in no less than 10-12 hours per day on the project, taking only one day off per week since February.   Also, the process of having your words edited is very humbling.  It’s a constant reminder of how far you’ve come and how far you’ve got to go at the same time.

Well, today I received the first batch of the first book I wrote, The Making of Adventures in Counter-Culture in the mail and I felt overwhelmed and really proud.

I had a moment last night where I realized that the book, the video, the one year anniversary of the album were all hitting around the same time.  In addition, next month will be my two year sober date.  When I quit drinking I chose to fill my time doing things that I was passionate about, but wasn’t sure if they would ever be anything other than hobbies to keep me occupied.  I had no grand plans, but I definitely worked hard.  It’s no coincidence that all these things are coming together.  But it’s very important to understand that getting things done is about more than just checking something off your list.  It’s also about living a lifestyle that puts you in the position to finish your goals.

I guess I’m writing this to tell everybody to stay encouraged because there is nothing that you can’t achieve.  I’m not technically an author or a video director, but if I can do what I’ve done then so can you.  A dream is only a dream if you’re not willing to work towards it.  Once you’re willing to put in work, it changes from a dream to a goal, then from a goal to a reality.  The momentum of achieving that goal will push you to take on more ambitious things the next time around.  It’s a great cycle, but it starts with you.  Be willing to work on the things you’re passionate about, even if it’s just a little bit every day, and know that the time you put in towards those things isn’t wasted.  Every minute of it is worth it.  Chip away at your goals.

I don’t know what my future in video or writing will entail, but I can say without a doubt that the small goals I’ve achieved with each has made me a more confident person and encouraged me to push further.  Don’t be afraid to chip away at your goals little by little.

Be encouraged.  You will see results.