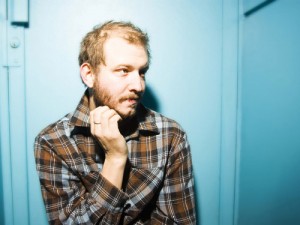 Every time Kanye West puts out a new record people rush to expose all the samples he uses.  At this point I’m not sure if the purpose of publishing these lists is to discredit him, demystify the production process, or to give him props.  All I know is that every time the list is revealed I’m always impressed by how eclectic his music selection is. Even for a hip-hop producer the range of what he listens to is pretty impressive, particularly in regards to the time periods.  He’s one of the rare cats that is equally aware of both new and old music.

While there’s a youtube video floating around that details all the samples on Kanye West’s new album My Beautiful Dark Twisted Fantasy, I noticed that there was one song missing from it.  This song is called “Woods” and it’s by Bon Iver.  Posting a song that somebody sampled in itself is kind of boring to me, unless the song is really dope, and this song is really dope.  In fact, I can honestly say I’ve never heard a song that sounds like “Woods”.  It’s some one-of-a-kind shit: