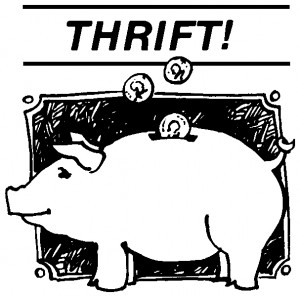 I will wholeheartedly admit that I have never really been a frugal person.  Not to say that I’m the kind of person to blow through a ton of money and not know where it went, but I’ve also never been the kind of guy to actually cut coupons out.  But like many other people, I’ve noticed that I start to actually pay much more attention to where my money is going the older I get.  About a year ago I started reading a few personal finance blogs and I’ve realized that like everybody else out there I’m wasting a decent amount of money on things that aren’t even necessary.  There are plenty of expenditures that I’m completely cool with (usually the music or drinking variety), there are a lot of things that I waste money on, as well as things that I need but actually hate spending money on.  Usually it’s things that i realize I get absolutely no joy out of and seem unnecessarily over-priced, like dishwashing liquid, washing powder, or toilet tissue.

I will confess that a lot of the reason i hate spending a lot of money on dish-washing liquid is because i hate washing dishes,  so spending $6 or $7 on those products seems like insult to injury as far as i’m concerned.

At any rate, today I made a run to Lowes to pick up some supplies for a flooring fix I’m to do tomorrow and realize that the adhesive has to be mixed and I should probably be prepared to be stirring it by hand, which seems kind of boring and tiring, so I decided that I should try to cop a cheap blender from the grocery store for this.  i dont own one, plus i would need it for other handyman jobs as well.  I leave Lowes and see a Goodwill next to it and decide to start there instead of going to WalMart or Kroger, and boy am I glad I did.

I found a used blender for $4.  Since I’m going to be using it for mixing ingredients in remodeling jobs it doesnt need to be top of the line, just functional. 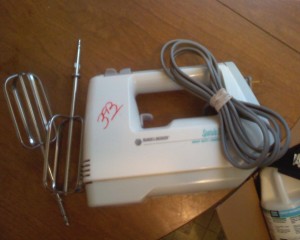 Next I found a nice wall clock that perfectly matches the colors of my bedroom for only $2.  I’ve got one very similar in my living room that I paid $15 bucks for a couple years ago. 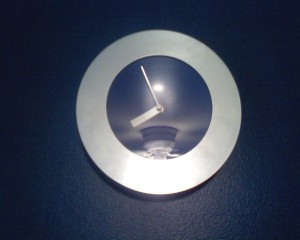 After that i was looking for some steel wool and guess what I found?  Laundry detergent for $1.79 and dishwashing liquid for $1.19.  I had just bought diswashing liquid the other day so i didnt need it, but i definitely copped the laundry detergent.  That price is insane. 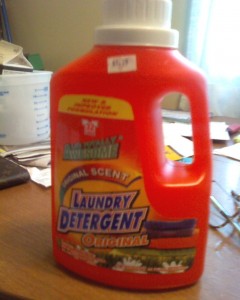 Moral of the story–it’s all about patience.  Normally, I just try to find the best prices the fastest so i can get home and out of the store, but it seems like taking your time can save you a lot of money these days, especially if its on items that you’re not emotionally attached to anyways like the ones I bought above.  Also, keep the Goodwill & Salvation Army in rotation.